" The voices of both women offenders and practitioners are all too often absent in decision-making & yet they can offer invaluable insights and actively listening to them could offer proactive ways forward; the Society provides a rare opportunity for these voices to be validated and to reach policy makers"
Sue Jordan 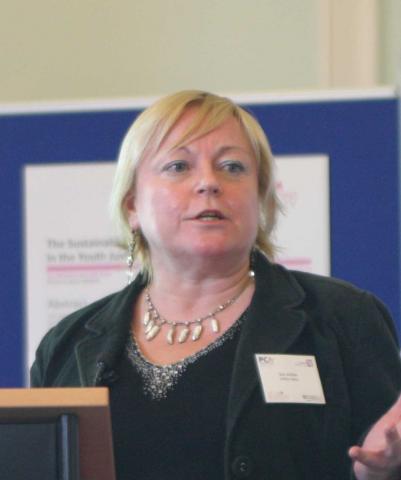 Sue qualified as a Probation Officer in 1990 and has worked in various roles in the service for over twenty-seven years. Her background is in academia and she has a PH.D in Literature. She was also a Griffins Fellow, completing a research paper in 2014 on how post trauma can impact on women's ability to comply with licence and order conditions.

She has worked in various roles in the service including managing teams in HMP Leicester, the courts, several generic field team and being seconded to YOS and the NOMS/MoJ Women and Equalities Team from 2010 - 2012. The latter post was in response to the recommendations of the Corston report and involved writing national probation guidance for working with women offenders, advising local probation areas on how to implement recommendations and supporting the establishment of Women's Centres throughout the country.

She is currently working as a Senior Probation Officer in a large city centre Offender Management team in Leicester where she is also the Diversity Champion and lead for women offenders. She became a Griffins Trustee in December 2017