This part of the our site will be developed more fully as part of a second development phase, in the meantime....

There are a number of publications and also organisations who publish information on women and girls in criminal justice and below is a small selection that we will grow with time.  Also, do look at our research documents here to see what our fellows have published. 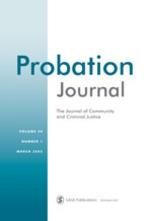 Probation Journal was established in 1929 and now provides a national and international forum for sharing good practice, disseminating criminal justice research and developing debate about the theory and practice of work with offenders. The Journal is read in 25 countries, and has gained a reputation for publishing material which is both of a high quality and accessible to a wide readership. Probation Journal is not limited to probation issues and welcomes submissions from those interested in the wider community justice arena.

HM Inspectorate of Probation is an independent Inspectorate, funded by the Ministry of Justice, and reporting directly to the Secretary of State on the effectiveness of work with adults, children and young people who have offended aimed at reducing reoffending and protecting the public.

They seek to be an independent and authoritative source of fair comment on both adult and youth offending work, and on what can be expected of that work.

You can find information on the youth, thematic and probation inspection reports on their site and you sign up on the home page for publications alerts. 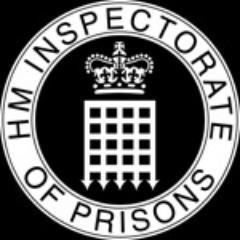 Her Majesty’s Inspectorate of Prisons for England and Wales (HM Inspectorate of Prisons) is an independent inspectorate which reports on conditions for and treatment of those in prison, young offender institutions, secure training centres, immigration detention facilities, police and court custody suites, customs custody facilities and military detention. The role of HM Inspectorate of Prisons is to provide independent scrutiny of the conditions for and treatment of prisoners and other detainees, promoting the concept of ‘healthy establishments’ in which staff work effectively to support prisoners and detainees to reduce reoffending and achieve positive outcomes for those detained and for the public.

Inspection reports, thematic reports and research, annual reports and business plans, including those carried out with other inspectorates can be downloaded from their site.