" Why do this? Because one-size does not fit all – women are NOT the same as men and understanding that is the key to a fairer and more just treatment of women who offend."
Chris Leeson 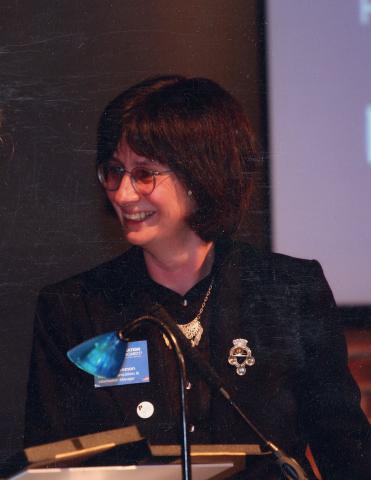 Chris has spent most of her working life in the communications business.  She spent nearly twenty years as a freelance documentary film director, writer and producer and during that time made many programmes for the public, private and voluntary sectors as well as broadcast TV in both the UK and abroad.  Originally trained as a biologist, her early film work was rooted in her scientific background.  Her first involvement with the criminal justice system came in the early ‘90s when she made two programmes for and about the probation service.

For six-and-a-half years she was the Communications and Information Manager for the Probation Boards' Association, the employers’ association for the National Probation Service of England and Wales.  She was responsible for developing the PBA ‘brand’ from its inception and had special responsibility for community engagement and partnership work, with particular regard to sentencers and the voluntary sector. She was also the national project director for the ‘Local Crime: Community Sentence Project’, the joint PBA and Magistrates’ Association project aimed at raising public understanding about criminal justice.  During her time at the PBA she was a member of the editorial board for Vista Probation Journal and a member of the Prison Reform Trust, Smart Justice steering group.  As her last major activity before leaving the PBA, she orchestrated the joint PBA and Napo International Centenary Conference in the Spring of 2007.

Following her time at the PBA she went back to her roots, working as the interpretation manager at the Tower of London before joining the Griffins Society in 2011. She was a trustee of The Criminal Justice Alliance from 2013 to 2019 and she has been a Magistrate since 2013.