Our academic supervisors are drawn from across the UK

Every practitioner who becomes a fellow is assigned an academic supervisor, who we match with them according to their research interests to encourage as much synergy as possible.

Meet some of our supervisors.

They are listed below by year with the most recent appointments at the top of the list. 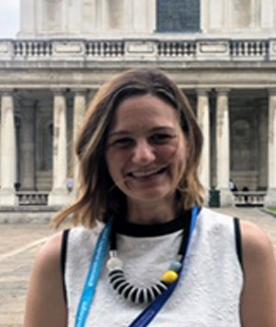 Madeline is a Senior Lecturer in Criminology at the University of Greenwich. She teaches constructions of deviance, rehabilitation and desistance, and post-graduate research methods. Madeline is also co-lead for the University of Greenwich’s Inside Out Prison Exchange Programme, a partnership with HMP Downview that enables university students and women in prison to study alongside each other. Madeline is professionally qualified as a Probation Officer and has specialised in working with women on community supervision and in custody. She has previously acted as Programme Leader for the BA (Hons) Community Justice/Professional Qualification in Probation (PQiP) at the University of Portsmouth, the qualifying award for trainee Probation Officers.

Madeline’s PhD research examined women’s desistance from crime after prison from genderresponsive, trauma-informed perspectives. Her research interests are focused on women’s experiences in the justice system and trauma-informed approaches to rehabilitative practice. 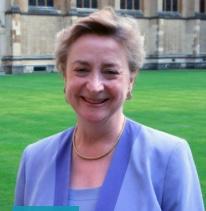 Laura Hoyano is Emeritus Professor of Law and Emeritus Fellow at Wadham College. Laura's career in academia and at the Canadian and English Bars focuses on the intersections between areas of law commonly regarded as disconnected.  In October 2013 her Wadham post was converted to a Senior Research Fellowship to allow her to concentrate on her research in child abuse, evidence, tort law, and medical law. She continues to teach Human Rights Law, and to supervise postgraduate research in all of her research fields, including the law of Evidence.

Laura is a tenant at Red Lion Chambers, a leading criminal and regulatory set of barristers in London, where her practice mirrors her research interests. Laura currently represents the Criminal Bar Association on the End to End Review of the Prosecution of Rape and Other Serious Sexual Offences convened by the Ministry of Justice, Home Office and the Prime Minister's Implementation Unit. The Review is examining the systemic causes for the plummeting rate of prosecutions of these offences, and involves all criminal justice agencies from the Crown Prosecution Service and the police, the court services and Her Majesty's Inspectorates of Constabulary and the CPS.

In 2009 Laura was elected as a Fellow of the Honourable Society of the Middle Temple, where she has served on the Education Committee and the Equality, Diversity & Social Mobility Committee, working to enhance access to the Bar from underrepresented groups.  She chaired the Human Rights Subgroup of the South Eastern Circuit's Access to Justice Working Party, which provided a 'rapid response' to government initiatives in the field of human rights.

Laura has provided training and lectures, particularly on the handling of vulnerable witnesses, for the Criminal Bar Association, Middle Temple, the South Eastern Circuit  and other Bar Circuits,  the Family Bar Association, the Judicial Studies College, the House of Lords Science and Technology Committee (on neuroscience and young offenders), the Royal College of Psychiatrists and the Faculty of Forensic & Legal Medicine of the Royal College of Physicians. 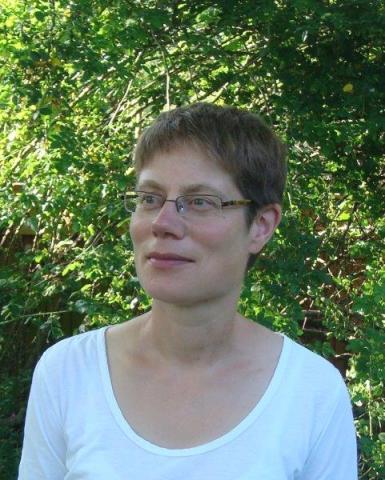 Dr Jane Dominey is a Senior Research Associate at the Institute of Criminology, University of Cambridge.  Her research interests include probation practice, probation policy, community supervision and the role of the penal voluntary sector.  Issues for women (both as probation supervisees and supervisors) have been an important aspect of her research which has included studies looking at accommodation for women leaving prison and family engagement work in a women’s prison.

Jane is involved in work and teaching that brings practitioners and academics together to develop and debate policy and practice.  She teaches on a post-graduate programme for senior staff in criminal justice agencies and chairs the Probation Institute Research Committee.  She supports practitioner-led research through her contribution to the Sir Graham Smith Awards and now as a Griffins Society supervisor.

Jane previously worked as a Principal Lecturer on probation training programmes at De Montfort University and, for ten years before that, as a probation officer. 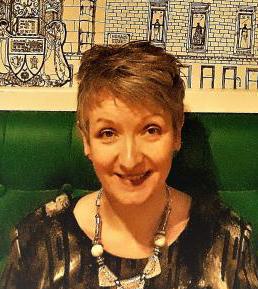 Margaret is Professor of Criminology with the Scottish Centre for Crime and Justice Research, based at the University of Stirling. See www.sccjr.ac.uk.  She is Director of Post-Graduate Research in the Faculty of Social Sciences at the University of Stirling and an Associate Director of SCCJR.  Current Projects include ESCR funded programme: Developing the Evidence Base for Innovation in Social Care for Children and Families Affected by Domestic Abuse.

Ongoing work and research interests focus on Transformative Justice and Abolitionism; Mutual aid and community engagement; Gender and the Justice System, Confronting Criminalising Processes and Practices; Exploitation and 'Human Trafficking': constructing 'problems' and policy responses; Creating and sustaining 'communities of recovery'.  Interested in supervising students with a critical approach to theory and methods; expertise in qualitative research and analysis. 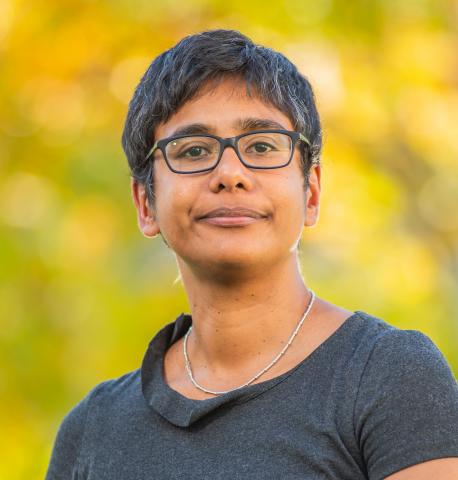 Azrini is a  Professor of Sociology and Criminology in the Department of Sociology at the University of Warwick.  Azrini has held a number of leadership positions and is a REF panel member for UOA 20 (Social Policy).

Research Interests:   She has a wide interest in the links between criminal justice and social justice, looking at race, sexuality, gender and social exclusion. She also has a strong interest in research methodologies and research ethics. Her research interests lie broadly in criminal justice, imprisonment, transitions from custody, female offenders, managing the needs of female offenders, offenders in later life. She has a particular interest in transitions from custody, prisoner's resettlement, prisons, experiences of former ex-combatants involved in liberation struggles.

Publications include several books, the most recent of which is Research Ethics in Criminology: Dilemmas, Issues and Solutions (Co-editor: Malcolm Cowburn and Loraine Gelsthorpe); Ex-Combatants, Gender and Peace in Northern Ireland 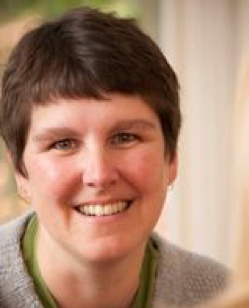 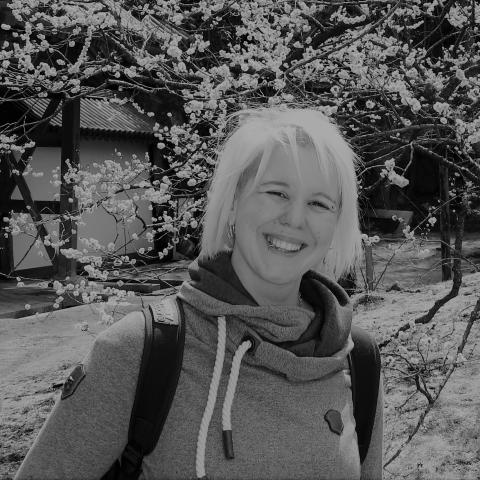 Dr Serena Wright is a Lecturer in Criminology at Royal Holloway, University of London. Prior to this, she was a Research Associate at the Prisons Research Centre, University of Cambridge. Since 2007, Serena has conducted research focused on prisons and penology, with an emphasis on women and frustrated desistance, and life sentenced prisoners. She has co-authored a series of articles focused on the pains and experience of long-term imprisonment from a young age, including one on the 'gendered pains of life imprisonment' (Crewe, Hulley and Wright, 2017), and is about to publish a co-authored monograph entitled: Life Imprisonment from Young Adulthood: Adaptation, Identity and Time (pub. Palgrave MacMillan, Nov 2019).

Serena has also worked in practice, most notably within drug and alcohol rehabilitation, domestic abuse, and sexual violence support services, and previously served on HMP Kingston’s Independent Monitoring Board. She is also Royal Holloway's lead for Learning Together; a prison-university partnership initiative that seeks to bring together students from higher education and criminal justice settlings to study alongside each other. 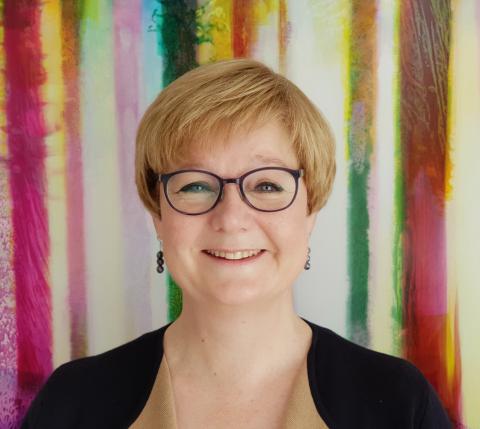 Janet Foster has extensive experience as a qualitative researcher on crime, community and policing issues and has published widely.  She has worked with a range of government departments and police forces across Britain and in Europe and has worked with some of Britain’s most senior police officers, directing a bespoke programme for the Strategic Command Course at the University of Cambridge.  She also acted as a special adviser to the Chief Constable of Norfolk, to assist their change programme and was an Academic Advisor to the Home Office, HM Treasury and Her Majesty’s Inspectorate of Constabulary, at various times.  Janet co-managed the largest single piece of policing research ever undertaken in the UK to evaluate the impact of the Stephen Lawrence Inquiry on policing (involving quantitative research in 17 forces and qualitative fieldwork in eight different sites across England and Wales).  While on secondment to the Police Foundation, Janet was engaged in a range of action-based research projects to improve police/community engagement and improving access and service to ‘hard to reach’ groups.

Janet is currently finishing a book on policing homicide: ‘The Real Sherlocks’: Murder investigators at work.  This is based on three years of ethnographic research with homicide detectives and observations of cases from crime scene to courtroom. 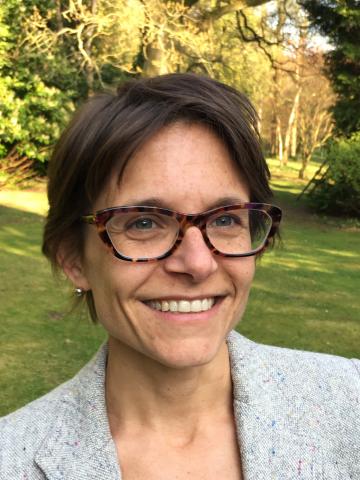 Dr. Ana Aliverti is an Associate Professor of Law at the School of Law, University of Warwick. She holds a D.Phil. in Law (Oxford, 2012), an MSc in Criminology and Criminal Justice (Distinction, Oxford, 2008), an MA in Sociology of Law (IISL, 2005) and a BA in Law (Honours, Buenos Aires, 2002). Before joining Warwick, she worked as a Post-Doctoral Research Fellow in the Centre for Criminology at the University of Oxford, and as Stipendiary Lecturer in Criminal Law at Wadham College, Oxford, having previously taught criminal law and criminology courses at Oxford and Buenos Aires. She practised international human rights law as staff attorney at the Center for Justice and International Law in San Jose, Costa Rica, and Washington DC, US. Her book, 'Crimes of Mobility' (Routledge, 2013), was co-awarded the British Society of Criminology Best Book Prize for 2014. She received the British Academy Rising Star Engagement Award (BARSEA) (2015) and the Philip Leverhulme Prize in Law (2017). Ana is Research Associate at the Centre for Criminology, University of Oxford. She serves in the editorial boards of Theoretical Criminologyand the Howard Journal of Crime and Justice.

Research interests:  Ana’s research looks at the intersections between criminal law and criminal justice, on the one hand, and border regimes, on the other, and explores the impact of such intertwining on the national criminal justice institutions and on those subject to the resulting set of controls. She is interested in examining questions of citizenship and belonging in criminal justice, and law's instrumental and symbolic power for boundary drawing. She has done research on the criminal courts and is currently conducting a project on immigration-police cooperation in England. Her work draws on post-colonial theory and the sociology of race. She is also interested in criminal law theory, human rights law, and criminology. 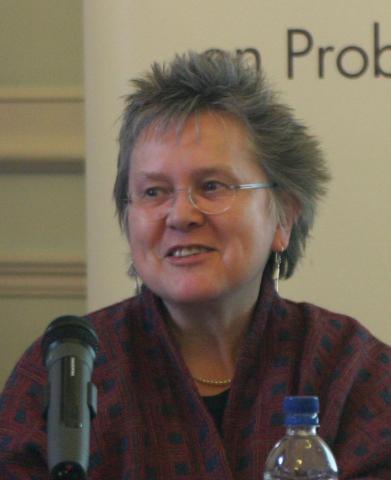 Loraine Gelsthorpe is Professor of Criminology & Criminal Justice at the Institute of Criminology, University of Cambridge. And a Fellow and Tutor for Graduate Affairs at Pembroke College. She is also Director of the Institute, Director of Graduate Education for the Institute, and Director of a research centre within also: the Centre for Community, Gender and Social Justice. Beyond this she is Co-convenor of the University wide multi-disciplinary Cambridge Migration Research Network (CAMMIGRES). She also sits on various University Committees including the General Board Education Committee and the Board of Graduate Studies. Loraine has wide interests in the links between criminal justice and social justice, looking at race, gender and social exclusion, women and sentencing, and at the effectiveness of youth and community penalties in particular. She also has a strong interest in research methodologies and research ethics.

Publications include several books, the most recent of which is Research Ethics in Criminology: Dilemmas, Issues and Solutions 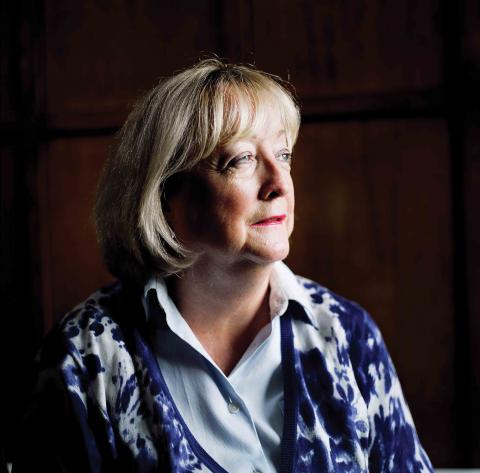 Monica McWilliams is an Emeritus Professor in the Transitional Justice Institute at Ulster University.

Research: she has recently completed a longtitudinal research study on intimate partner violence in Northern Ireland and has published extensively on the impact of political conflict on domestic violence.

She is  a former Chief Commissioner of the Northern Ireland Human Rights Commission. 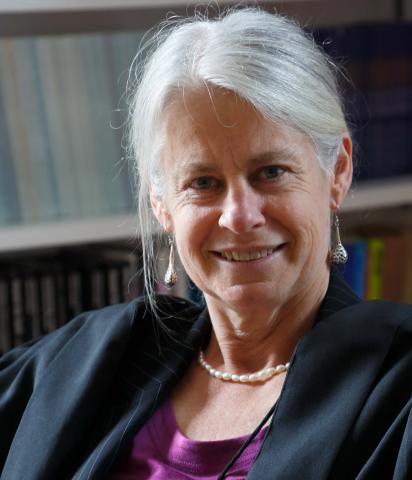 Nicola Padfield is Master of Fitzwilliam College, Cambridge, and a Reader in Criminal and Penal Justice at the Law Faculty, University of Cambridge, where she has worked for more than 20 years.

She has a broad research lens, engaged in both ‘hard’ law and in socio-legal-criminological research.  She is a leading European expert on sentencing law, including the law and practice of release from (and recall to) prison.

A barrister by training, she has published widely on criminal law, sentencing and criminal justice.  Her books include The Criminal Justice Process: Text and Materials (4rd edit, 2008); Criminal Law (8th edit, 2012); Beyond the Tariff: Human rights and the release of life sentence prisoners (2002).  She has edited collections of essays, and for nearly 20 years was the editor of the influential monthly Archbold Review.

She sat as a Recorder (part- time judge) in the Crown Court 2002-2014 and is a Bencher of the Middle Temple. She takes a lead in policy debates, at home and abroad.