" Why Griffins? Because the specific needs of women and girls at the victim-offender intersection continue to be overlooked. The Society enables the right people to ask the right questions at the right time and, through its Fellowships, contributes to creating more just outcomes for criminalised women"
Serena Wright 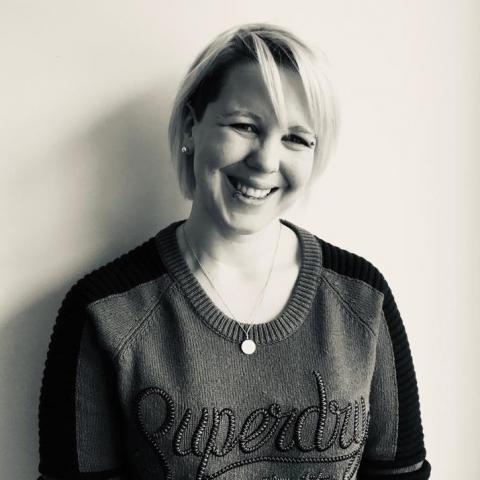 Dr Serena Wright is a Lecturer in Criminology in the Department of Law & Criminology at Royal Holloway, University of London. She is the Griffins Society newest Trustee, joining in September 2020.

Prior to her career in academia, Serena worked in a series of practice-based roles alongside repeatedly criminalised women, most of whom had complex histories of trauma and victimisation which underpinned their pathways to offending. In 2006, she worked in a residential detoxification unit, supporting individuals with substance dependencies (predominantly alcohol and heroin), before moving on the following year to work as an Independent Domestic Violence Advocate (IDVA) at the Early Intervention Project, a council-funded service supporting survivors of ongoing and historic domestic abuse. She simultaneously worked as an Independent Sexual Violence Advocate (ISVA) at the Treetops Sexual Assault Referral Centre (SARC) in Hampshire, undertaking both crisis work and ongoing support for women and girls subjected to sexual violence.

For the past decade, Serena has focused her academic research endeavours on criminalised women, particularly those at the ‘victim-offender nexus’. Her doctoral research, completed in 2015, sought to re-frame so-called ‘persistent’ female offenders as ‘repeatedly criminalised’ women and highlighting the recurring failures of the justice system to effectively support them. More recent and ongoing research with colleagues at the University of Cambridge has focused on the lived experiences of women at the most extreme end of the penal spectrum – those serving life imprisonment from a young age – and sought to understand the ways in which ‘gender’ differentially shapes this experience. Reflections on this issue were published in a co-authored paper in the British Journal of Criminology in 2017.

Serena’s passion for working with criminalised women also led her to develop the country’s first Learning Together module in a women’s prison in late 2017. This initiative brought together students from HMP/YOI Bronzefield and Royal Holloway University to learn alongside each other with a specific focus on ‘pioneering women’, in honour of the centenary of (some) women gaining suffrage in 1918.