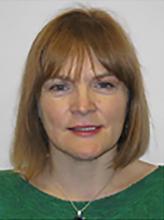 A belated, but no less heart-felt congratulations to 2014 Griffins Fellow Jean O'Neill who was awarded the British Association of Social Workers, Lifetime Acheivement Award for 2016, last November.  Chair of BASW, Marcella Leonard said,

“Jean is thoroughly deserving of the lifetime achievement award. In her role with the Probation Board for Northern Ireland, she has undertaken extremely valuable work to improve social work services for female offenders. Under Jean’s leadership the Inspire Women’s Project was established which delivers a range of services that directly contribute to reducing women’s offending”.